I first went to Kauffman Stadium for a three game series between the Indians and Royals in July 2018. It was part of the Midwest Baseball Fest which you can read about here on this site.

What an absolute underrated gem of a ballpark.

The K is quite the gem.

To give you a little bit of a background, Kauffman Stadium was the only baseball only stadium that opened in the majors between 1962 and 1990. Opening its doors in 1973, the ballpark underwent significant renovations beginning in 2007 that were completed by opening day in 2009 to help modernize it. So despite it technically being the sixth oldest stadium in MLB, it certainly does not appear that way.

Because of the fact The K is surrounded by parking lots, it allows for fans to do things they could not do pregame in other MLB cities. While I was there, fans were outside tailgating for every game. This was not for a Chiefs game, but a Royals game. I can only imagine how fun tailgating for a Chiefs game would be. We even played catch in the parking lot before one of the games. That only enhanced the experience there.

We even played catch before a game.

Since it’s away from downtown, leaving The K isn’t a hassle at all. Everything is well organized getting out. Each night, it took us about 5-10 minutes to get out of the parking lot and on the road. Compare that to other places where you might spend 20 minutes in a parking garage, then 20 more minutes in downtown traffic before finally getting on the highway.

Before we even entered the ballpark, a parking lot attendant came up to us and welcomed us. He then proceeded to strike up a friendly conversation. I bring this small detail up now because that was a big thing that stuck out to me while at Kauffman Stadium. Everyone was super friendly.

The first thing I noticed when I entered Kauffman Stadium was how clean the concourse was. There wasn’t a drop of trash around to be around. You could almost eat food off the ground there it’s so spotless.

Now in the park, it was time to explore. I started off by heading to the outfield concourse. Back out in left field is the Royals hall of fame and museum. I don’t know if this is normal, but the first game we were there, it was open for free.

The Royals Hall of Fame is worth checking out. 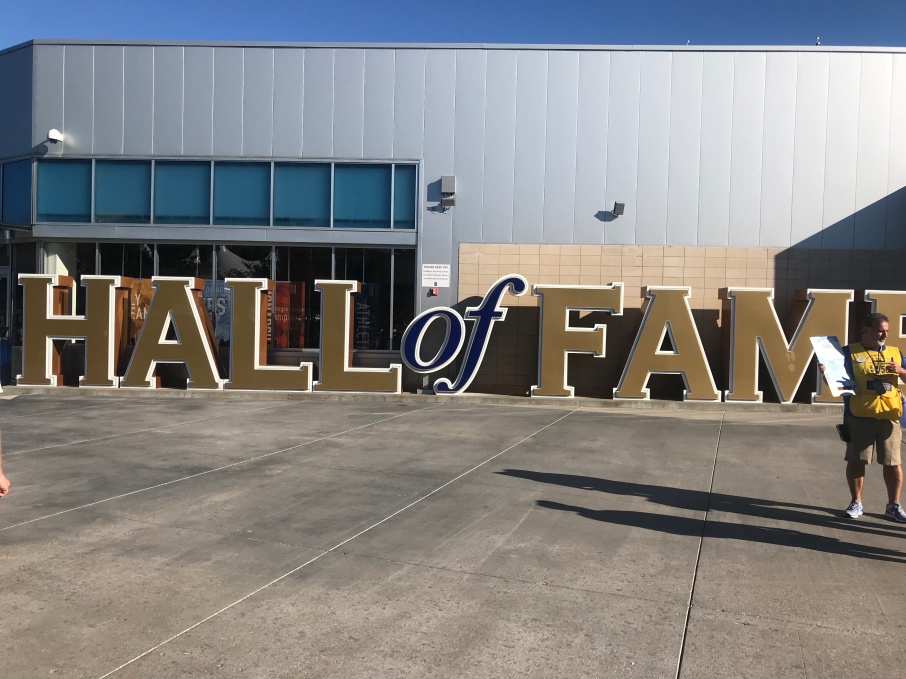 So I checked it out, of course. You won’t be disappointed. Even if you aren’t a Royals fan, they have cool artifacts any baseball lover will want to see. Check out the lineup card from the infamous Pine Tar Game, see the Royals two World Series trophies, the check written for acceptance as an expansion team, and plenty of other interesting things celebrating the Royals’ past.

The scorecard from the infamous Pine Tar Game.

When you’re in Kansas City, you eat barbecue. If you don’t, you should probably just leave town. At least eat it once. KC is well known for their burnt ends when it comes to barbecue. They’re considered a delicacy there. So obviously when I entered the ballpark I was seeking out the burnt ends.

There is a concession stand back behind left center field (sorry I don’t remember the name) that serves barbecue, including the famous burnt ends. They were a little pricey ($12.25) but I thought they were worth it. Delicious! They have tables out back too where you can eat your food. While we were eating, an older gentleman who was working there came up, gave us extra napkins and some bibs, and told us to enjoy our experience at The K. He also told us where there were water coolers to refill our water bottles. It was another example of the superb hospitality and customer service we received.

The K’s most prominent feature has always been their waterfalls just beyond the outfield wall. The fountains run pregame and in between innings. During the game you can hear the waterfalls ever so slightly in the background, creating a nice ambiance you won’t find in other ballparks. You’ll get a new appreciation for the waterfalls when you’re there in person and out behind them on the outfield concourse.

The K’s most prominent feature is its waterfalls and fountains.

Got kids? Don’t worry, The K has plenty for them too. There’s The Little K for kids to play wiffle ball on, as well as a 5 hole mini golf course. Plus the rest outfield concourse gives plenty of space for your little one to run around without getting in the way of other people.

The K isn’t over the top flashy for their in game entertainment, but they don’t need to be with how nice everyone is there. The Royals have CrownVision out in centerfield. Which is their scoreboard that’s a giant, yep you guessed it, a crown. The graphics are well organized and of course CrownVision is HD.

CrownVision out in center field.

To put it simply, Kaufmann Stadium is underrated. I didn’t know what to expect and I was blown away by how friendly everyone there was. It has become of my favorite ballparks, and I’ll be counting down the days until I’m back.

Our last game on July 4 had a postgame fireworks show. 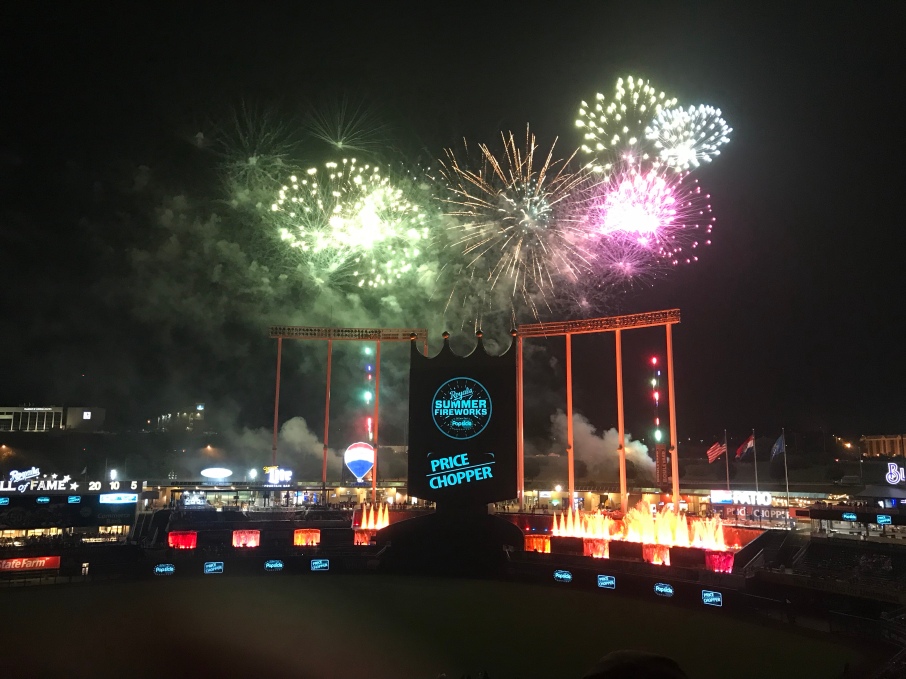